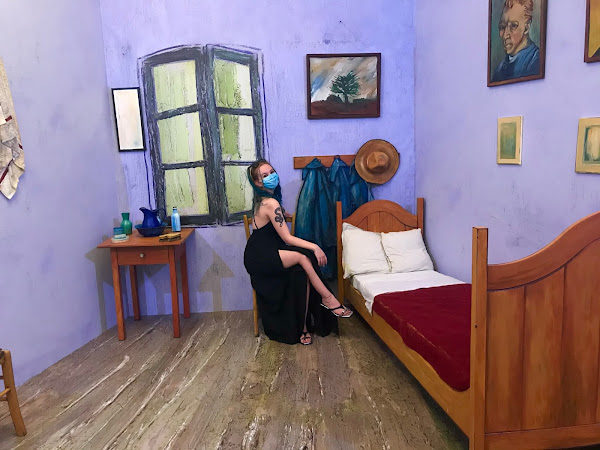 The Women In The Window 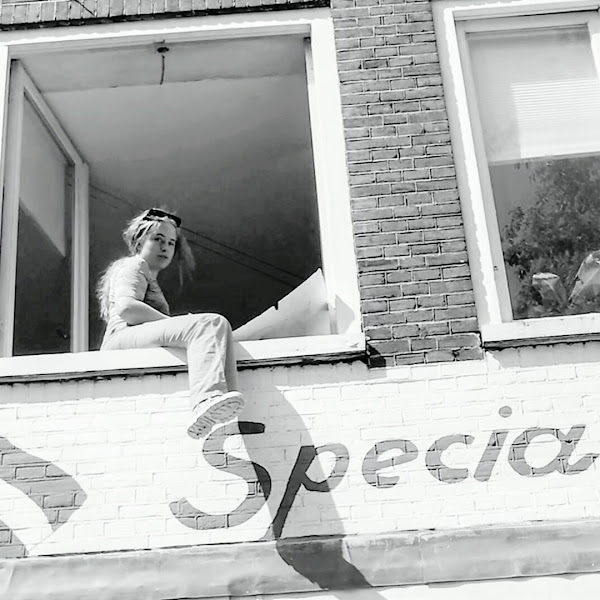 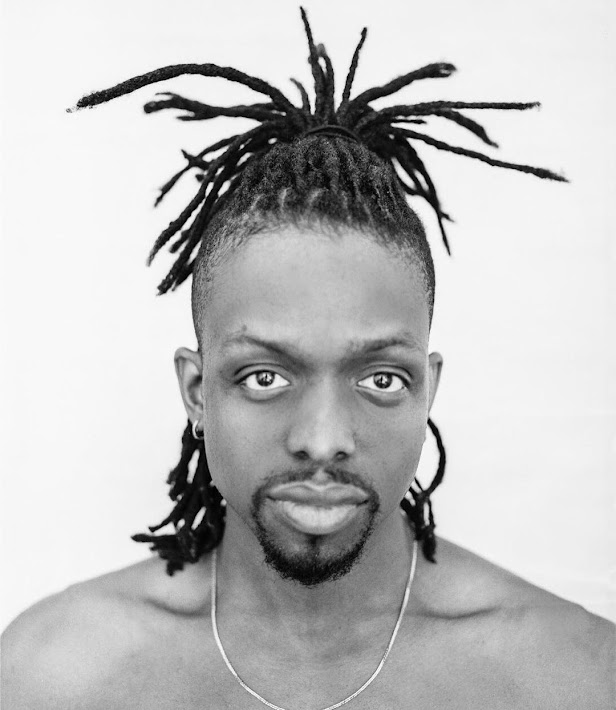 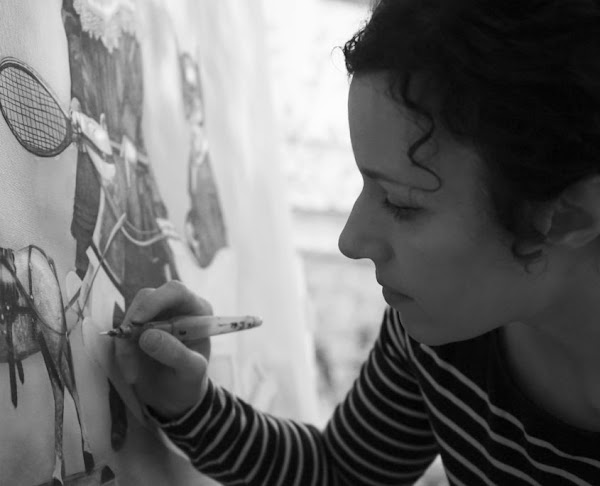 Photo Courtesy Of Zoé Byland
WHERE ARE YOUR RIGHT AND HAVE YOU ALWAYS LIVED THERE?
I’m in Bern, Switzerland right now, I returned to my hometown after living in Vienna for 16 years with my husband who is a screenwriter. I studied Art and Art History, and worked there.
WHERE WERE YOUR BORN AND BROUGHT UP?
I was born and raised in Bern.
WHAT'S THE BEST THING ABOUT YOUR PRESENT CITY OR HOMETOWN?
There’s a big river and lots of green. It’s very safe.
WHAT ARE SOME OF YOUR FAVOURITE CHILDHOOD MEMORIES?
Reading Comics and drawing. Hearing stories while there's a thunderstorm outside. Rain in spring. Nature in general. My family. Lots of my childhood memories are feelings.
WHY ART?
Drawing moved me from a very young age, I loved pictures and stories, especially the combination of both, like in comics. Later it was the encounter with art and artists that touched me deeply and i knew straight away that this was my passion. It is a constant in my life to this day, a world of its own that I can dive into just as deeply as when I was a child. That fascinates me again and again. painting is a form of communication with people that speaks directly to the heart and emotions.
WHERE DID YOU RECEIVE YOUR TRAINING?
I attended the F+F school for Art and Media Design in Zurich and studied Contextual Painting at the Academy of Fine Arts in Vienna. I also studied Art History and taught at an art school in Vienna.
HOW DID YOU ARRIVE AT YOUR DISTINCTIVE EXPRESSION?
It was a process, mainly during my student days in which more and more aesthetic, technical-formal, stylistic and content-related things came together like in a puzzle. Mainly, I did what I love, practiced and tried out a lot of what works for me. Like in a good narrative, it is very important for me to have a basic atmosphere in my paintings, which draws the viewer in and lets room for his own stories.
WHAT'S YOUR PROCESS?
I am doing a lot of research on a theme I’m on, trying out and then working a lot.
WHAT'S YOUR PREFERRED MEDIUM?
I love painting in combination with airbrush. I always loved graffiti, so the combination of traditional painting technique and spraying was an obvious step for me.
WHO OR WHAT HAS HAD THE BIGGEST INFLUENCE ON YOU?
I think everyone I’ve met and everything I’ve come across has shaped me in a way.
HOW DO YOU DEFINE YOUR PERSONAL AESTHETIC?
In terms of style and content my paintings are based on elements of vintage photography, film noir, graphic novels, super heroes, tattoos and classical genres of art history. I combine the traditional and the contemporary, the classical and the subcultural. I like to use subjects from turn- of-the century portrait photography because they are a timeless style of representation.
WHAT BEAUTY ROUTINE DO YOU SWEAR BY?
Wearing sunglasses during the day because I often work late at night.
WHAT DO YOU GET UP TO WHEN YOUR NOT WORKING?
I must admit that most of the time I think about work when I’m not working. But I love being with my family, in the nature and going to museums.
HOW DO YOU UNWIND?
Being in nature.
Posted by Ellinor Forje 0 comments 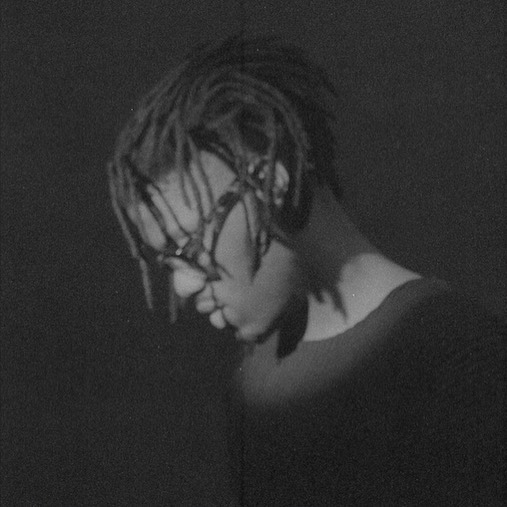 Photo Courtesy Of MTMBO
WHERE ARE YOU RIGHT NOW AND HAVE YOU ALWAYS LIVED THERE?
I'm at my home in London. I've moved around south London a bit but this is the longest I've been in one place.
WHERE WERE YOU BORN AND BROUGHT UP?
Born in Sussex, brought up in Zambia before moving back to the UK.
WHAT'S THE BEST THING ABOUT YOUR PRESENT CITY OR HOMETOWN?
When I travel the first thing I usually miss about London is the mix of cultures that co-exist here.
WHAT ARE SOME YOUR FONDEST CHILDHOOD MEMORIES?
I spent a lot of time in cars growing up. We would travel a lot as a family so it would be any one of those trips, sitting in the back of a car watching the world go by. There was never a dull or uninteresting moment to me. I don't drive but I enjoy being driven around now, probably because it reminds me of my youth.
WHY MUSIC AND HOW DID YOU GET STARTED?
Music was the one thing I always took a more than casual interest in, I'm not sure why it moved me so much. I wanted to know who made songs I enjoyed, I wanted to know the stories behind songs and then eventually I was so consumed by it all I just wanted was to be part of the narrative. I remember putting instrumentals onto a CD player, taking it to school and sat next to a friend who complained there were no lyrics on the songs. That's the first time I realised that not everyone consumed music the way I did. I spent a long time trying other things in my teens and early twenties but when I returned to music, I just began by making songs on my laptop and uploading them to Soundcloud.
WHAT'S YOUR CREATIVE PROCESS?
It changes often but some things are constant. For example I usually don't know what I'm going to write about when creating a piece of music until I'm in the moment. The meaning I attach to songs through lyrics is never premeditated. I do give a lot of thought to composition, sounds and the structure of a piece of music beforehand though. I also limit myself to a handful of instruments in my studio. I work better without this feeling of having an infinite amount of possibilities with which to execute the vision.
IS THERE A MUSICAL PASSAGE OR MELODY THAT NEVER FAILS TO MOVE YOU?
"Time" by Hans Zimmer comes to mind, that's quite something. One of those pieces of music I wish I could hear for the first time again.
WHO OR WHAT HAS HAD THE BIGGEST INFLUENCE ON YOU?
I'm not too sure. I think everyone I meet plays a part in shaping who I am. The same goes for the things I take an interest in, the places I travel to, the moments I experience. It's difficult to give anyone or any particular thing or moment credit for that. It's a constant process and all I can say to that is I feel a very intimate connection to many things that influence my art and how I am as a person every day.
HOW WOULD YOU DEFINE YOUR PERSONAL AESTHETIC AND HOW HAS IT EVOLVED OVER TIME?
I've always appreciated attention to detail. I like being able to unpick the thought that went into the creation of things. If I can feel a strong intention behind something, I usually connect to that and a desire to make that thing a part of myself starts there. That hasn't really changed much. Things I bought when I was 17 had this quality to them, even if I don't own them anymore.
WHAT DO YOU GET UP TO WHEN YOU'RE NOT WORKING?
Right now my favourite thing to do is to walk or read in the woods.
HOW DO YOU UNWIND?
I've been working on fixing an old bike and a friend of mine has put me onto making jewelry. I find anything that involves using my hands and a lot of concentration very relaxing.
Posted by Ellinor Forje 0 comments