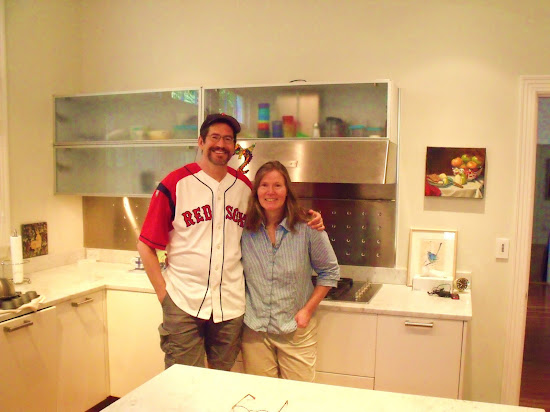 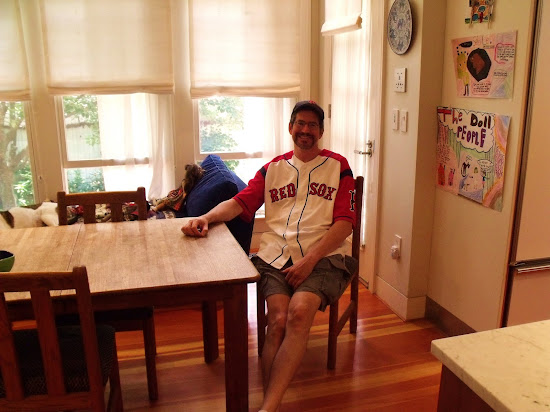 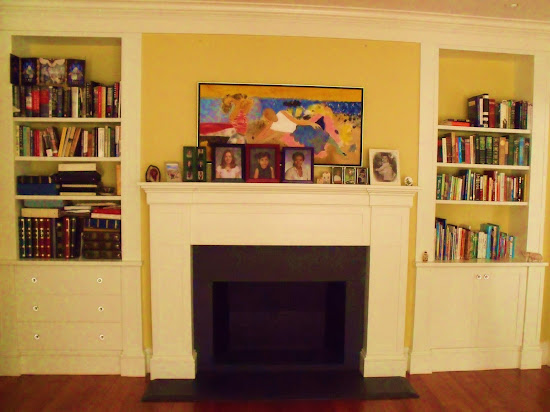 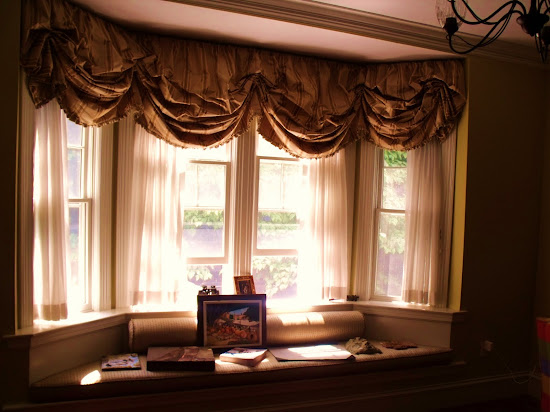 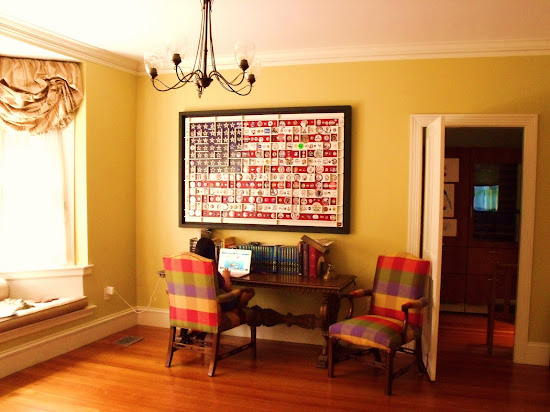 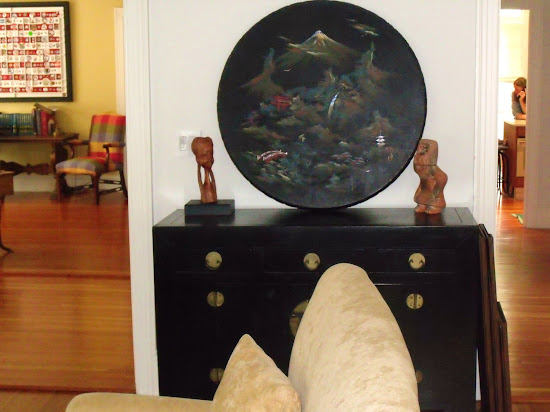 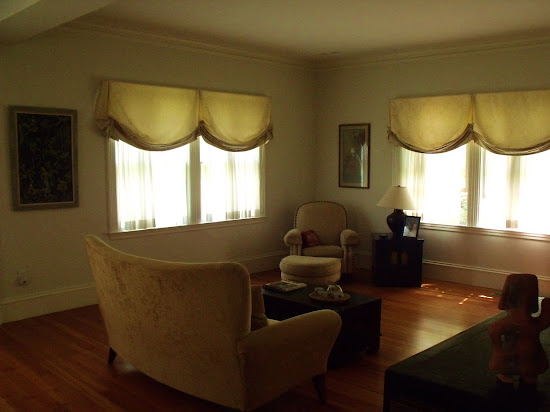 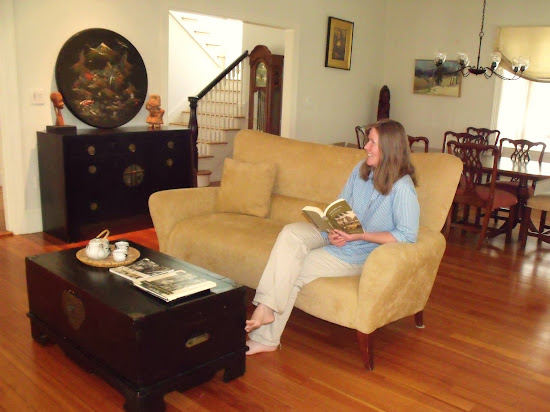 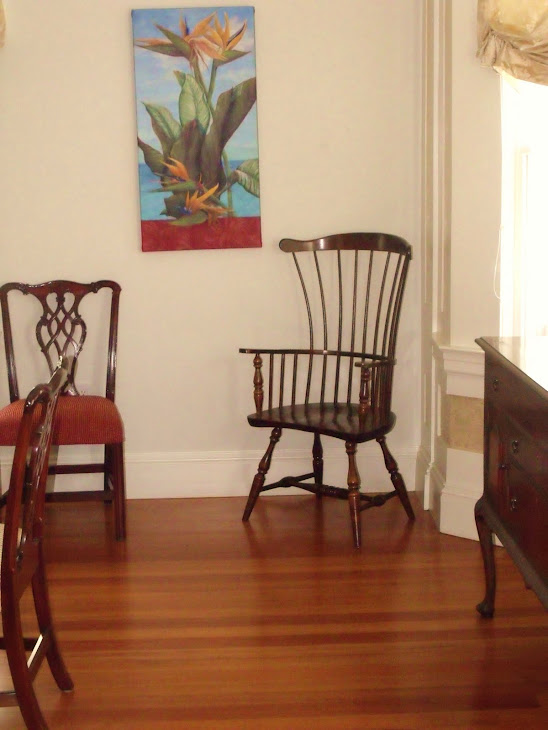 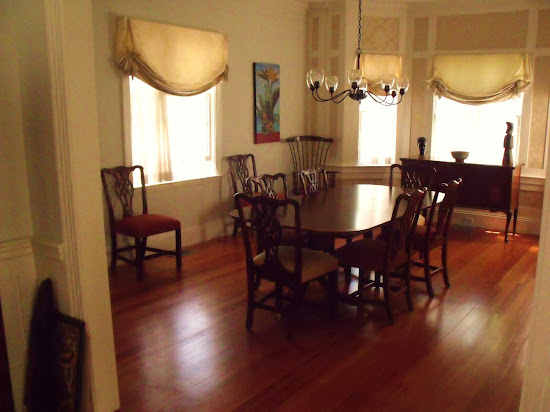 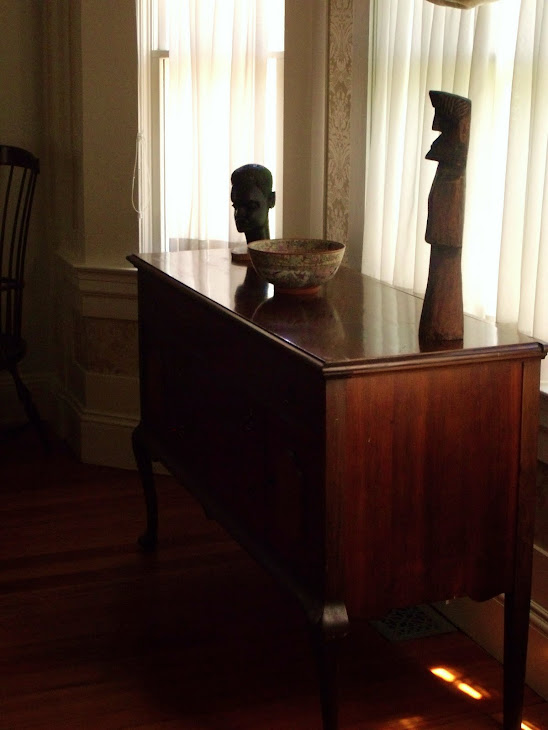 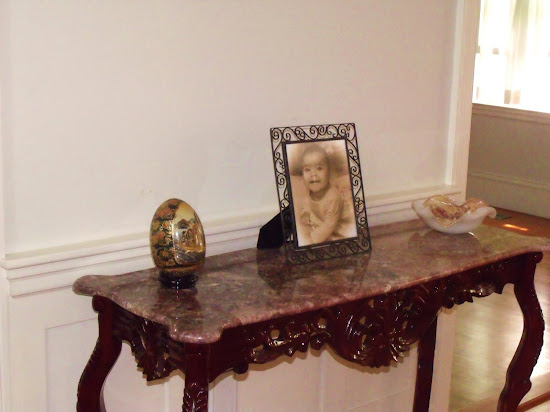 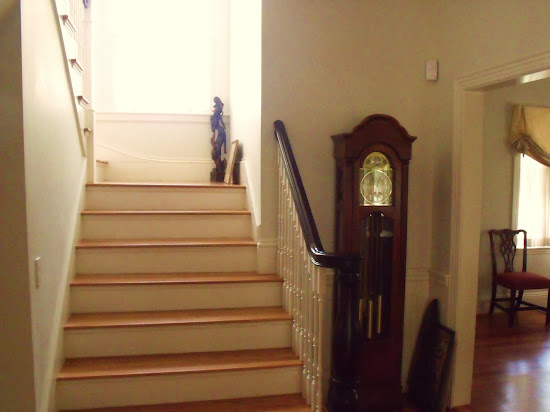 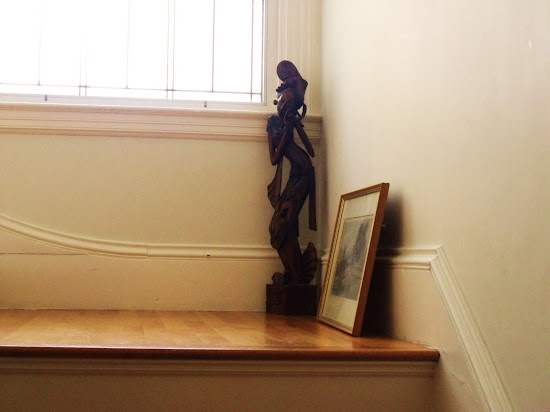 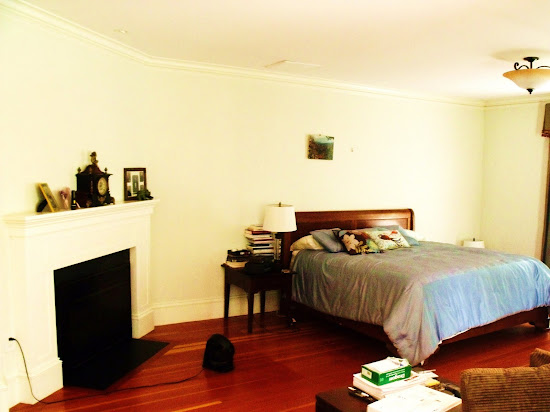 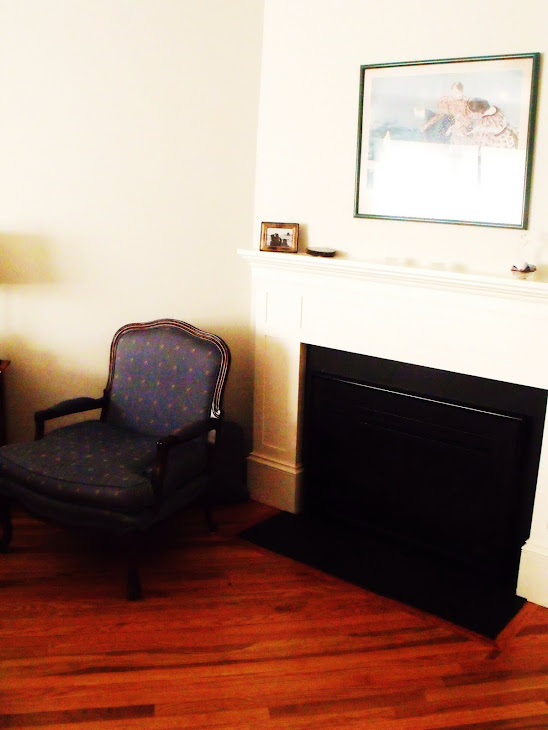 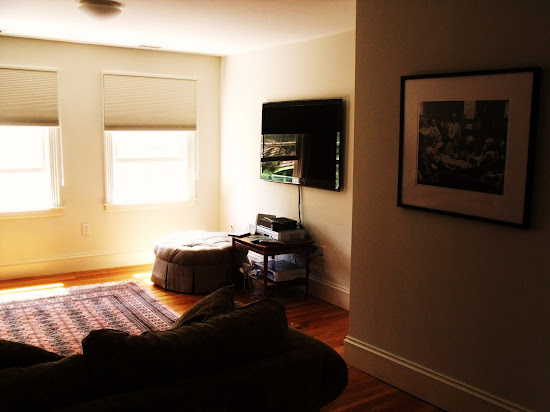 Picture me at Le Cordon Bleu in Paris last year, all set to do a story on Julia Child and her cuisine raison. Nothing became of it, a couple of other people got in the way, and Julia got sidelined.

Bear with me, as I present the "sideliners" in the order they appeared:

- First one out, Pooja Dhingra, a charming and intelligent 23-year-old student, with the ambitions and plans of setting up a French styled pâtisserie, in her native India.

- The second one out, Chef Extraordinaire - Patrick Caals, who had just been selected to participate in preparing the dinner of the Nobel Prize Banquet in Stockholm. Chef Caals selection was momentous in the fact that the Nobel Prize Comittee, for practical reasons, doesn't employ non- Swedish speaking chefs, or chefs residing outside of Sweden.

- The third one out, the General Manager of the Stockholm City Town Hall - Patrik Högberg who was organizing the Nobel Prize Banquet for the first time in his career.

I lost myself in their tales.

Then, this summer, I was obliged to write a travelogue. I was playing with two ideas; a day trip to Julia Child's house in Cambridge: Or, a journey to Stephen King's house in Bangor, Maine.

"Do you think Stephen King would let you into his house?" asked Erik Karlsson, while munching on his favourite turkey sandwich at a café in Harvard Square. And I remember thinking, "Why wouldn't he let me into his house?"

I've read at least a thousand novels by King. Out of those I've probably only paid for two - the rest I borrowed from friends. But, even if we take the $20 that I've invested in the King's empire out of the equation (make that $30 has I'm also the proud owner of a "The Shawshank Redemption" DVD), there's more so the question of my vested emotions. I cried my little heart out the first time I watched "Stand By Me". "The Shining" scared me half to death. And, after reading "It" I grew immensely fearful and suspicious of clowns. I never suffered from coulrophobia until I read that book. The trauma! So in fairness, not only should His Majesty let me into his castle, I should be invited to live there, permanently.

But, the Julia Child idea proved to be a better option - it became my project titled, "Wherefore Art Thou Julia?". I was curious over who the new owners of the mansion were. The journey was logistically feasible. Karlsson knew who the new tenants were. And lastly, I've come to discover that, whenever I'm involved in a Julia Child project, there seems to be a dessert or two, waiting in my horizon.

I recieved an email from Professor Micahel Klarman, stating that I was welcome to visit them for a tour de la maison. And after a phone call conversation I had been officially invited over for dessert, This was shortly after I had ran a google search on Klarman, where I had stumbled on a website containing the information, "A Special Dessert Reception: Featuring Michael Klarman, Kirkland & Ellis Professor, Harvard Law School- Why Brown v. Board of Education Was a Hard Case". I was excited that through my thorough investigation à la Sherlock Holmes, I had found evidence, an insight into a man's character: The notion that the professor did indeed suffer from a sweet tooth. And that entertaining guests with desserts, was his signature style.

"I believe this was a talk I gave at a synagogue in Brookline for combined Jewish philanthropies. I may have eaten some of the cake but I did not provide it. But I will be happy to get some cake for Sunday morning if you will commit to eating some of it," stated Klarman. Over at the Klarman's, the dining entertainment for guests depends on the time of the day: Brunch for the afternoons, and usually desserts for the evenings.

The Julia Child mansion - once home to Harvard philosopher Josiah Royce, is located on 103 Irving Street in Cambridge, Massachusetts. It has three floors, it's greyish in colour and its front door doesn't face the street. The interior is beautiful, owing much of its appeal to the impeccable taste of Klarman's wife, Lisa Landsverk. She studied art history, and it shows. Their artwork has origins from all the continents of the world. Some were picked up by Landsverk on her travels, and some, by her mother, on hers. The board with the campaign buttons in the study, is a gift from Klarman's brother.

Klarman and Landsverk have four kids. The two senior girls are out of the house. The other two adolescents - a boy and girl live on Irving Street. The youngest girl was up and about doing the things young girls do. And the boy, was spending his day, doing what any other healthy teenage boy spends his early Sunday afternoons, upstairs in his room sleeping. Later on that day, he had a date with his dad, to watch the latest DiCaprio movie titled, "Inception".

The Klarman - Landsverk family also have a dog, as well a number of rescued cats living in their basement. Landsverk, who in her leisure time likes reading Victorian novels and watching film adaptations of Jane Austin's books, is a staunch animal rights activist. While coming back from visits to Mexico, while growing up, Landsverk and her mother would often buy barrels of food to feed homeless dogs on along the way on their road trip.

On 99 Irving Street, in a blue house next to the Julia's, lives the International Fund-Raising Director at Harvard University, Timothy B. Brown. He grew up in the villa next door and recently moved back in with his family. He has memories of going to dinner over at Julia's. And his family would often, impromptu, be treated to her culinary delights. The transactions of these, sometimes baked goods, would often take the shape of baguettes being passed over the seperating hedge of the two neighbouring houses.

During the summers, while the Childs were on vacation in France, Brown, now in his middle - age, would be employed by Paul Child to cater for their garden when he was around 10 years-old. Over a coffee and Strawberry Snapple at the Harvard Yard, while seated in a pair of grey slacks, blue shirt and accompanying deep brown leather professor's bag, Brown informed me that Paul Child was someone who was very friendly and good with kids. Then, he recounted a story of a summer he spent working as their gardener.

Brown was instructed by Paul Child to keep a log book of all his labouring activities while they were away, and also price a wage he thought was fair for his daily efforts. Brown thought 25 cents was fair. Until the day he partially messed up their garden. Then Brown felt it was only appropriate for him to lower his rate per pursuit. Considering the circumstances, it was the fair thing to do. So he crossed out all his 25 cent entries and filled them out with 15 cents instead. That summer, Brown's entrepreneurship would earn him a $10 salary.

A five minute walk from the street, once inhabited by William James Hall, lies Savenor's Market. The store where Julia used to do most of her grocery shop. It is now owned buy Ron "Ronnie" Savenor who inherited the store from his father. On the pavement outside the store's entrance you'll find an engraving with the words "Bon Appétit" as well as the initials JC.

Savenor, 52, is a semi -retired road racer. He's youthful and dynamic. To him, the glass is always half full. "I only do the things I'm passionate about," said Savenor. He later added. "I'm a crazy guy but a good guy. When you are passionate about something people confuse it with you being crazy. People only understand passion when it's related to sex." Well, I get him. Attempting to illuminate me on the concept of passion, is like preaching to the choir.

Savenor grew up around Julia. She was a close friend of his family. And Savenor's Market would often be featured on her TV show. He has fond memories of both Paul and Julia and describes their marriage as "quite a love story". He describes his own marriage the same way. Savenor met his wife through a blind date set up by his late father. She's originally from England. And I was invited to listen to her British accent play on his Iphone's answering machine. It still fascinates him, her accent. I was more fascinated over the fact that his wife's voice was on his answering machine.
Leave it to the Britons to keep their enemies in check. That is how the mighty Napoleon was exiled to St. Helena.

In all, it was a most inspiring project . And to think that I met all of these intriguing people through a trip to Julia's house, when Julia doesn't even live there anymore.
Posted by Ellinor Forje 1 comments