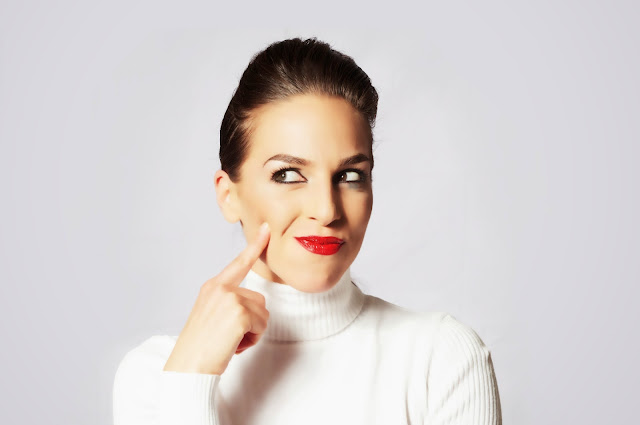 YOU’RE A SWISS MISS WHO LIVES IN FLORIDA AND IS INTO TECHNOLOGY, CORRECT? ELABORATE
I am a Swiss terrestrial of Hellenic heritage living in the tropics plotting a moonshot.

WHEN DID YOU DECIDE TO PURSUE ART AS A CAREER?
Theatre pursued me. I was five in a closet with books, shoeboxes, imagination and a flashlight. The rest is a story in the making.

WHAT’S YOUR EDUCATIONAL BACKGROUND?
I graduated in Theatre from the University of Florida’s New World School of the Arts, and passionately educate myself in other fields to make the shows that move in my mind. I also love reading about science and technology, and liberate myself through randomness.

AS A CREATOR AND CONCEPTUAL DIRECTOR HOW WOULD YOU DESCRIBE YOUR WORK TO A COMPLETE STRANGER?
I create unique theatrical experiences harnessing the power of imagination and the magic of technology.

WHAT ARE THE STAGES OF YOUR CREATIVE PROCESS AND HOW MUCH TWEAKING IS INVOLVED?
A Show Recipe: Start by cutting one idea. Let it marinate in dreams for a few weeks. Abstract moments from reality. Pour them in fair quantity. Dissolve imagination. Add a pinch of science. An ounce of fiction. Twist reality. Freshly squeeze metaphors. Research abundantly. Let it simmer organically. Dice a meticulous storyboard. Mix it up musically. Stir the right. Talents together. Cook it well. Showtime baby! Note: allow for tweaking, laughing and head banging time.

WHAT ARE THE ISSUES, IDEAS AND/OR DILEMMAS THAT YOU’RE TRYING TO ADRESS THROUGH YOUR ART, AND DOES EXCESSIVE SCIENCE RENDER HUMAN EMOTIONS VOID?
When perfectly in tuned and equalized, I believe science and human emotions make the greatest Works of Art. I like to create stories that are relevant to today in both content and application. Contemporary themes in relationship to the human condition fascinate me! I also love to challenge the norm while using pop cultural triggers, and making unusual connections so that you might arrive at an unpredictable place in your mind.

WHAT ARE SOM FUN FACTS ABOUT YOU THAT MAY OR NOT BE DIRECTLY RELATED TO YOUR PROFESSION?
I want to create shows for outer space environments.

YOUR STYLE OF DRESSING IS DOWN TO A DISCIPLINE, CATEGORIZE IT LIKE IT WERE A GRADED PROJECT
I Guess there is a Limited Gap in this Republic of Bananas due to the DeKayNY. Is Levi's such an alarming Exchange when you Express your Benetton? Ask Tommy, he’ll figure!
Posted by Ellinor Forje